Sometimes a journey can open the floodgates of a writer's mind. When J.R. Sparlin visited Ireland, a new saga was born from the ancient past. With the help of a lot of fascinating research, she turned her impressions of the Celtic surroundings into her YA historical fantasy novella, The Sea at Mughain. 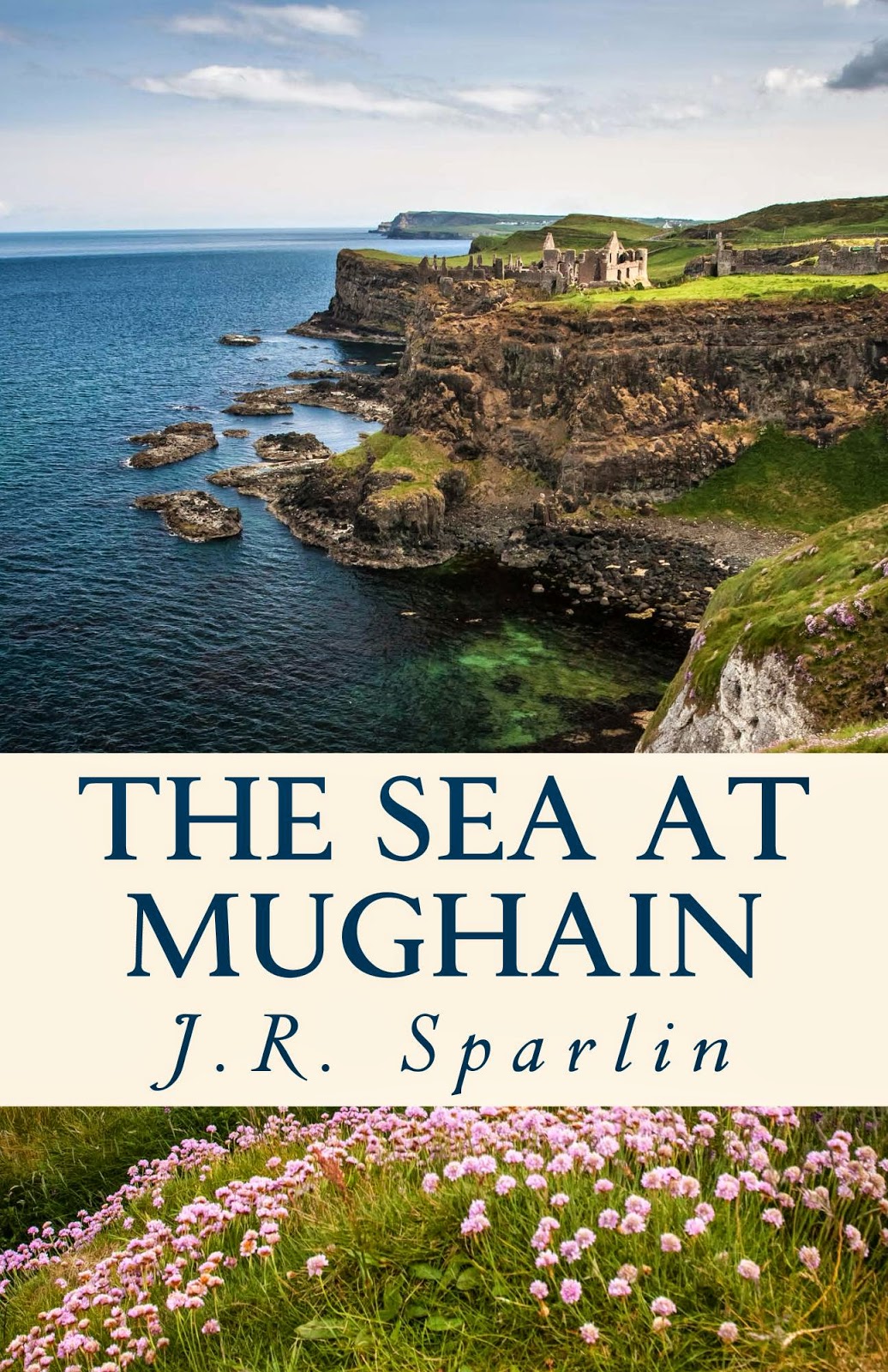 When my husband and I visited Ireland, the first thing we saw was a big sign that read, “If you think this is all there is to Ireland, you’re wrong.” A toy leprechaun was stabbed onto it with a knife.

Many threads came together to give me the idea for The Sea at Mughain. Ireland was not at all what I expected. I had not, of course, expected leprechauns. But it is an ancient, remote, eerie place, full of sun-dappled green valleys, sheep, and the ruins of castles, churches, and ancient monuments no one really understands. It is also a modern country, with all the challenges faced by any of the rest of us.

The people of Ireland are anything but remote; we had wonderful conversations with our B&B proprietors and others we met along the way. One of the places we stayed was a renovated nineteenth-century schoolhouse in Ballinskelligs, just out of sight of the sea, an area believed by the ancient Celts to be an “in-between place” between our world and the Otherworld.  I sat by a peat fire in the sitting room and watched a wave of opaque white fog, several feet high, roll in over the hills that hid the sea. No getting around it, it was strange.

At some point after our trip, I was sick and had nothing to read. My husband has a degree in ancient and medieval history and has accumulated an extensive library. I snuffled around and found a volume entitled Ireland before the Vikings. I greatly enjoyed reading it. I especially liked a remark, early in the book, to the effect of, “This was a very long time ago and we have very little evidence so this may or may not be right.” Now that just begs for stuff to be made up. Derek was horrified to find me reading it; it is very scholarly and I was very sick and he felt I should be reading something lighter, so he went out and bought me two movie-star magazines. (I read those as well.) But the damage was done. I read another book, How the Irish Saved Civilization by Thomas Cahill, and was intrigued by the way Christianity had spread in Ireland. It was a much more peaceful process than in the rest of Europe, but it was still a period of conflict and transition between the old and new ways, and that type of transitional period, to me, just begs for stories.

I learned, as well, that a branch of my mother’s family may be descended from Dal Riata, one of the ancient kingdoms of Ireland (roughly equivalent to today’s County Antrim). This may or may not be true, but it is fun to consider.

So these were probably the main threads. Here you have a highly developed heroic culture in sixth-century Ireland, and most of the history and stories of the period deal with kings and battles and so on. I was interested in how a relatively unimportant young woman would fit into this picture, and that is how Mughain, daughter of Tiernan, king of Dal nAraide, came to be. If this were a “real” Irish saga, it would likely be about her father, not her. There is no shortage of strong female characters in the old stories, but they are in positions of more prominence.

So the story wove itself around these threads, and banged around in my skull until I wrote it down, and I present it to you, and hope I have done some justice to its strangeness and beauty.

*   *   *
Learn more about J.R. Sparlin by visiting her blog or following her on Facebook.

You can purchase The Sea at Mughain on Amazon and Barnes & Noble.