Ah, the allure of a robot on a book cover in one's formative years. How well I recall that feeling! Kevin Hopson, whose science fiction novel Shifting Alliances was recently released, muses on his introduction to that glorious genre. 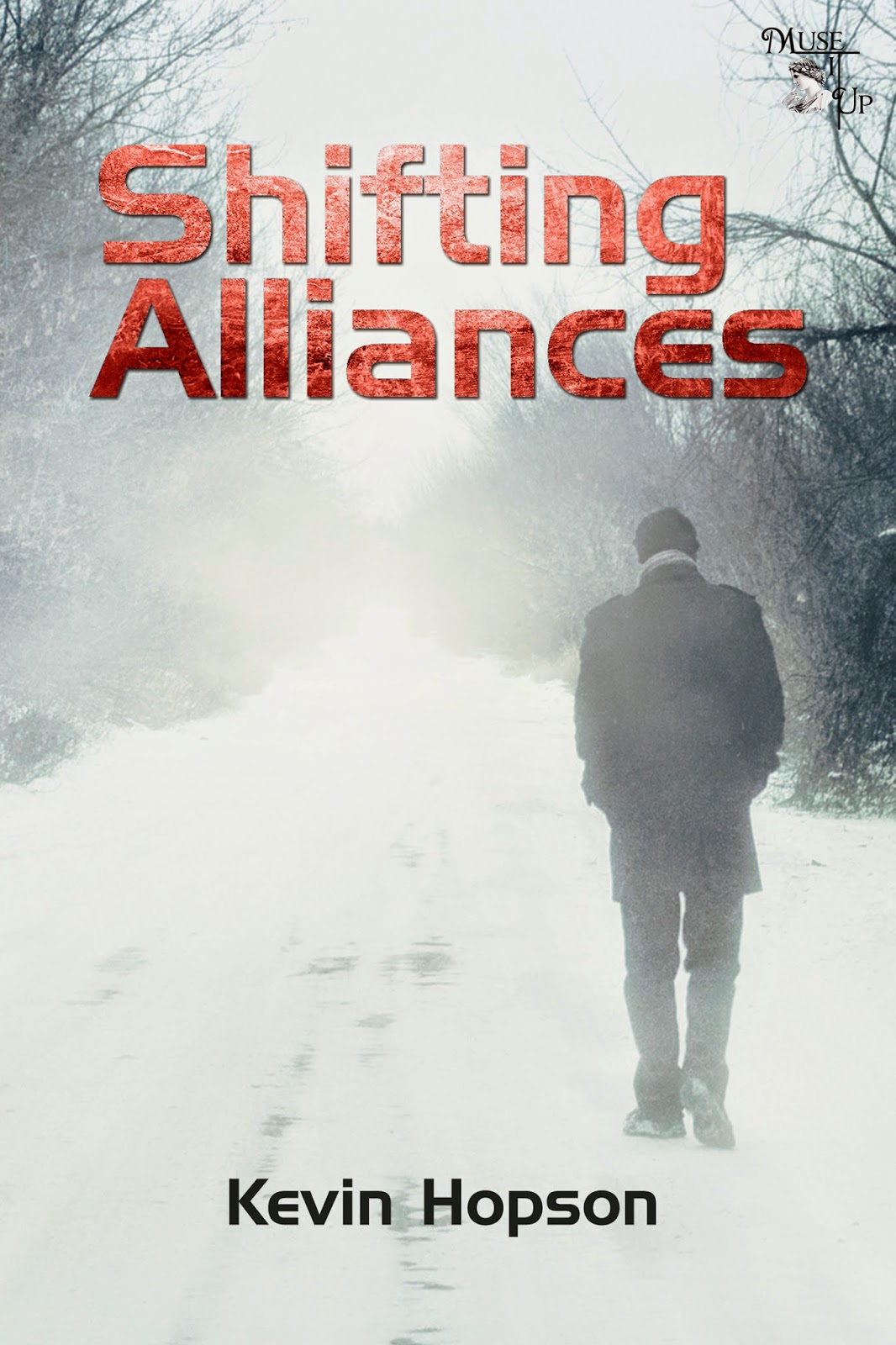 I was in middle school…I think. I visited the B. Dalton bookstore at my local mall and perused the Science Fiction & Fantasy section. Dungeons & Dragons game sets lined the shelves. I always wanted to play but could never afford to buy one, at least not on a weekly allowance of only a few bucks. You have to understand that a kid of my age and mentality never saved. Maybe my generation was to blame, or perhaps it was due to my impatience, which I still have problems dealing with to this day. Either way, money burned a hole in my pocket, so it had to be spent immediately or my parents would be forced to buy me new pants on a regular basis.

What was the alternative? Buying a paperback book? No way! Honestly, I hated to read in my adolescent years. The only thing worse than reading was having to write something. Yeah, seriously. It’s funny how times change. Anyway, I was drawn to art, and a cool cover was the one thing that might actually make me open a book…and it did. I don’t recall the title, but it was a story by Isaac Asimov, one of our greatest pioneers in the science fiction genre. A child and robot graced the cover, instantly luring me in. I’m amazed at how intelligent kids are today. Unfortunately, I was never a book worm, so some of the material proved to be cumbersome. However, seeing that cover always brought me back to the book. It was my first real taste of science fiction, and little did I know it would lead to a long-term desire.

I can’t remember if I said something to my mom or if it was the other way around, but we both recollect a time when there was mention of me writing a science fiction novel one day. I might have broached the subject as a kid, or maybe she saw something in me (an interest in the genre and a later appreciation for writing) that made her believe it. Regardless, it’s been nearly thirty years in the making, and that day has finally come. Though my book, Shifting Alliances, is technically a novella, I figure it’s close enough to the real thing, and it’s dedicated to my mom for all of her support. Coincidentally, the story touches on a woman’s motherly instinct to do the right thing, so it’s the perfect way to honor her.

*   *   *
Learn more about Kevin Hopson on his blog and his MuseItUp author page.