Historical Fiction Author Jennifer C. Wilson Knows How to Use NaNoWriMo to Her Advantage

I know a lot of you participate in NaNoWriMo. Even if you've never heard of the National Novel Writing Month challenge, you'll be interested in the post by today's guest. Jennifer C. Wilson has figured out how to make a month of relentless fiction-writing work for her, and her latest novel, Kindred Spirits: Tower of London, is proof. 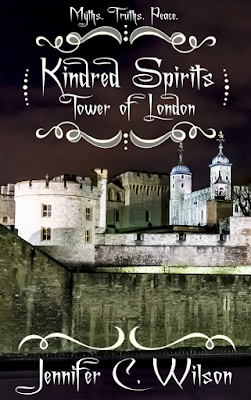 A New Novel, Thanks to NaNoWriMo
by Jennifer C. Wilson

In March 2015, I was in Leicester Cathedral, attending the service of compline for my debut novel’s leading man. Rewarded for my early arrival with a front-row seat, I watched his coffin arrive, be carried with solemn ceremony through the doors, and placed on the waiting stand.

There cannot be many writers who get to attend part of their lead character’s funeral, and even fewer historical fiction writers who can claim the same. But there I was. Of course, at that stage, my debut novel was simply a file on my hard-drive, waiting to be worked on, but from the moment I received the pristine white envelope, with the ‘RIII’ emblem on the reverse, I knew I had to get it sorted. Returning that evening to my hotel (by tradition, on the site of the inn Richard III stayed at prior to Bosworth), I opened my notebook and began making plans.

The plotline was thanks to a Writing Magazine poetry competition, to feature ghosts. I started thinking that the spirits of Richard III and Anne Boleyn would have a lot in common if they happened to meet, and the more I thought about it, the most logical place for both to be was the Tower of London. I was lucky enough to visit the Tower twice within six months, in freezing blizzards and glorious sunshine, and gradually ideas began to crystallise. The original poem was awful; I never entered it. But the general arc seemed to flow, and finding a quiet spot on my second visit, the poem became an outline for a novel.

By the time NaNoWriMo arrived, I was ready.

I’ve used NaNoWriMo three times to finish a first draft; I love the manic joy of just sitting down and getting the words out. No self-editing, no re-reading, just onwards to a conclusion that’s never been the one I expected. But there it was: fifty thousand words. It felt almost like cheating, with no need to worry about anachronisms or sixteenth century women using twenty-first century slang, but there was still plenty of fact-checking needed – burial locations, ages, and ensuring people could have met if I’d said they had. This all came later of course, once the bulk of the plot was down, with plenty of time and space for finesse.

For me, NaNoWriMo is the best way to get that first draft ‘out’, and I’m already planning for November 2017. After all, you cannot edit what you haven’t written, however inspired you might be.
Two months after compline, my novel was submitted; six months later, it was published.

NaNoWriMo and a funeral are an odd combination, but hey, with writing, it’s never worth arguing with what appears to work! Although, unless we start looking for more monarchs, I doubt lightning will strike twice…

Kindred Spirits: Tower of London – Blurb
A King, three Queens, a handful of nobles and a host of former courtiers…

In the Tower of London, the dead outnumber the living, with the likes of Tudor Queens Anne Boleyn and Katherine Howard rubbing shoulders with one man who has made his way back from his place of death at Bosworth Field to discover the truth about the disappearance of his famous nephews.

Amidst the chaos of daily life, with political and personal tensions running high, Richard III takes control, as each ghostly resident looks for their own peace in the former palace – where privacy was always a limited luxury.

With so many characters haunting the Tower of London, will they all find the calm they crave?

*   *   *
Learn more about Jennifer C. Wilson on her blog, Twitter, and Facebook.
You can purchase Kindred Spirits: Tower of London here.


What more need I say? Candlemark & Gleam is giving away three copies of the third book in the Webrid Chronicles series, RED SPAWN DELIVERY. 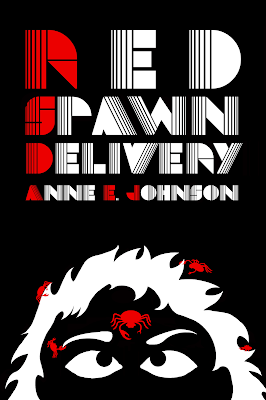 Webrid’s grandfather always told him not to use his cart unless he was getting paid for it. But this huge, hairy carter on the planet Bexilla let a friend talk him into carting beers and grub to a picnic with her old college roommate.Worst mistake he ever made. Before he can even burp up his first sandwich, the ol’ roomie stretches out her ten shiny legs, and out pop a hundred spawn. And before Webrid can settle his churning stomach, fifty of those spawn have been kidnapped.Like it or not, Webrid finds himself on another planet-hopping adventure with snarky, brainy pals Zatell and Stravin and a host of wacky aliens. This time, Webrid’s cart is a playpen -- or it will be, if he can only find those blasted spawn.