If you haven't visited it yet, please pop over to my new website.

It's a work in progress, but I've got a good start on it. It includes a blog (although I'll keep this one running, too),  a complete publications list with read/buy links, cover images, an appearance calendar, and eventually pix and video from events.

I have a reading from Green Light Delivery coming up very soon, but I don't have the exact date yet. Please check my website for that sort of info. This blog will be continue to feature my own and my guests' essays about writing. Hope you'll keep coming back here to join in the conversations about this wonderful world of fiction.
Posted by Anne E. Johnson at 9:47 AM 8 comments:

Of Publishings and Editings

Greetings, all. Just a round-up for the week. Several things to report: 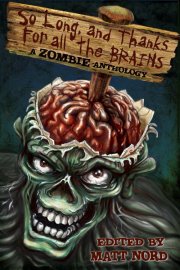 1. The zombie anthology So Long, and Thanks for All the Brains, containing my story "Stir-Fried Cerebrum," has been released. You can purchase it here.

2. My fractured fairy tale, "An Exceptional Clothier," has been accepted for publication in Enchanted Times, to appear sometime in 2012.

3. I've received first edits for my middle-grade paranormal mystery novel, Ebenezer's Locker. Nice to have that process up and running.

4. I'm three-quarters finished with the first draft of the sequel to my middle-grade medieval mystery novel Trouble at the Scriptorium. This new novel, featuring several of the same characters, is called The London Hurdy-Gurdy.


5. My story "Cheering Up a Friend" is published on Knowonder! You can view it here.

6. My story "Sisters' Sight" is published in the pagan anthology Etched Offerings, from Misanthrope Press. You can puchase it as print or e-book here.


I hope you're all having a productive December. I'll be taking next week off from blogging, so I wish you all a wonderful holiday!
Posted by Anne E. Johnson at 9:56 AM 9 comments:

Please welcome today's guest! Susan Jane Bigelow is the author of Broken, a dystopian sci fi superhero novel from Candlemark & Gleam. Its sequel, Fly Into Fire, is due out in January. I asked Susan to talk about writing superhero characters.


Hi. I'm Susan, and I write about superheroes. Sort of.
Superheroes, or any kind of super-powered character, can be a great vehicle for incredible storytelling. The problem, unfortunately, is that we tend to think of superheroes in terms of heroic archetypes in tight costumes Doing Good Things, because that's the image we usually have of them from comic books, cartoons and movies. If you don't read a lot of superhero stories, or even if you do, this is likely where your sense of them begins and ends. The challenge, then, is to turn a type of character that most people expect to be cardboard and cartoonish into someone they can relate to and understand.

Lots of writers and directors have done this well. Peter David's run with Supergirl was one of my favorites for just this reason, even though a lot of other fans don't like it. Supergirl is this impossible character to write, but David's reboot of her allows her to become more human (how, you ask? Well, it involves a pile of pink goo and... um, maybe it's better not to know), and he lets us see her ambivalence alongside her pride in who she is, and her desperate need to belong and fit in. The final arc of his run, with its mix of the human and the heroic, is one of the better superhero stories I've read.
That's the kind of thing I strive for when I'm writing these kinds of characters. I like to make lists, so here is a list of questions I start off with when creating super-powered people in my stories:
1.      Powers – what are they? What exactly can this character do/not do? It's good to know about limits. Can they leap a tall building in a single bound? Two or three? And how tall is “tall,” anyway?
2.      Powers – what's it like having them? How does the character feel about different aspects of their power? As in, if they can light fires, is that comfortable to do emotionally? What about physically? How does it feel to shoot fire from their fingertips? Is it hot? Do they mind if it is? Are they kind of a pyromaniac, or do they want to hide under the bed when someone lights a cigarette?
3.      Super-visibility or super-stealth? Is being a superhero or a differently-powered person visible? Do other people around the person know? Is there a lot of hiding going on? What's that like? Bruce Wayne seems to get a kick out of hiding his “true” bat-self from board meetings at the Wayne Foundation, but not everyone might react in the same way. If there is a secret identity, which one is the mask and which is the real person? Is it some mix of the two? Is it more difficult to hide, or more difficult to be seen?
4.      What's it like being different? And that's another important thing: super-powered people are going to be markedly different, sometimes in extremely visible ways, from everyone around them. How does this character react to that? How does anybody react to being different from the “norm” in some fundamental way? I think this is one of the questions that matters the most, at least in the stories I write.
5.      Are you a hero, a villain, or something else? Is this character heroic? Evil? Avoids the subject altogether? Never uses their powers except to get that can of applesauce open? Can a healer walk past a hospital and not help? Can a firestarter walk by a camp full of shivering people and not make them warm? What do we do in moments where we're tested? This is such a key question, and it's often central to the best stories. When the moment comes, whatever that moment may be, what do you do? Do you run away? Stand your ground? Set a city block on fire with your mind? The answer may surprise you.
There are other questions, of course, but it's the intersection of humanity and super-humanity that I think makes for the most compelling and interesting stories. After all, it's not the alien birth of Superman that interests us, but the human he's become.

You can visit Susan Jane Bigelow on her website.
You can purchase Broken on Amazon.
You can find the pre-order Kickstarter campaign for Fly Into Fire here.
Posted by Anne E. Johnson at 8:49 AM 8 comments:

Today I'll finish proofreading revisions that my editor requested for my science fiction novel, Green Light Delivery. Doing these revisions has been a fascinating experience, and the first time I've revised a novel under editorial instructions, rather than in the pre-submission stage.

The editor asked me to flesh out a character who doesn't actually show up until the end, yet on whom the story hinges. Therefore, although the bulk of my changes were in the last fifth of the novel, I needed to prepare the reader better to meet this character by leaving hints and stepping stones throughout the earlier chapters.

At first I worried that inserting and changing elements all the way through would be like wiggling bolts and nails in a building structure: it could make everything fall down. But instead, it made me rethink every sentence with this new purpose in mind and make changes that shored up and strengthened the work overall.

At least I hope it did! Currently I'm at that stage where I've stared at it so long that it all looks ridiculous.

How do you feel about the process of novel-revision?
Posted by Anne E. Johnson at 8:36 AM 8 comments: