Sherry Peters sends teen girls a positive message, but through a dwarf's eyes

Some of the greatest speculative fiction contains serious analysis of very real, contemporary human problems, offered up with a magical or surreal twist. My guest, Sherry Peters, tells just such a parable in her novel Mabel the Lovelorn Dwarf. 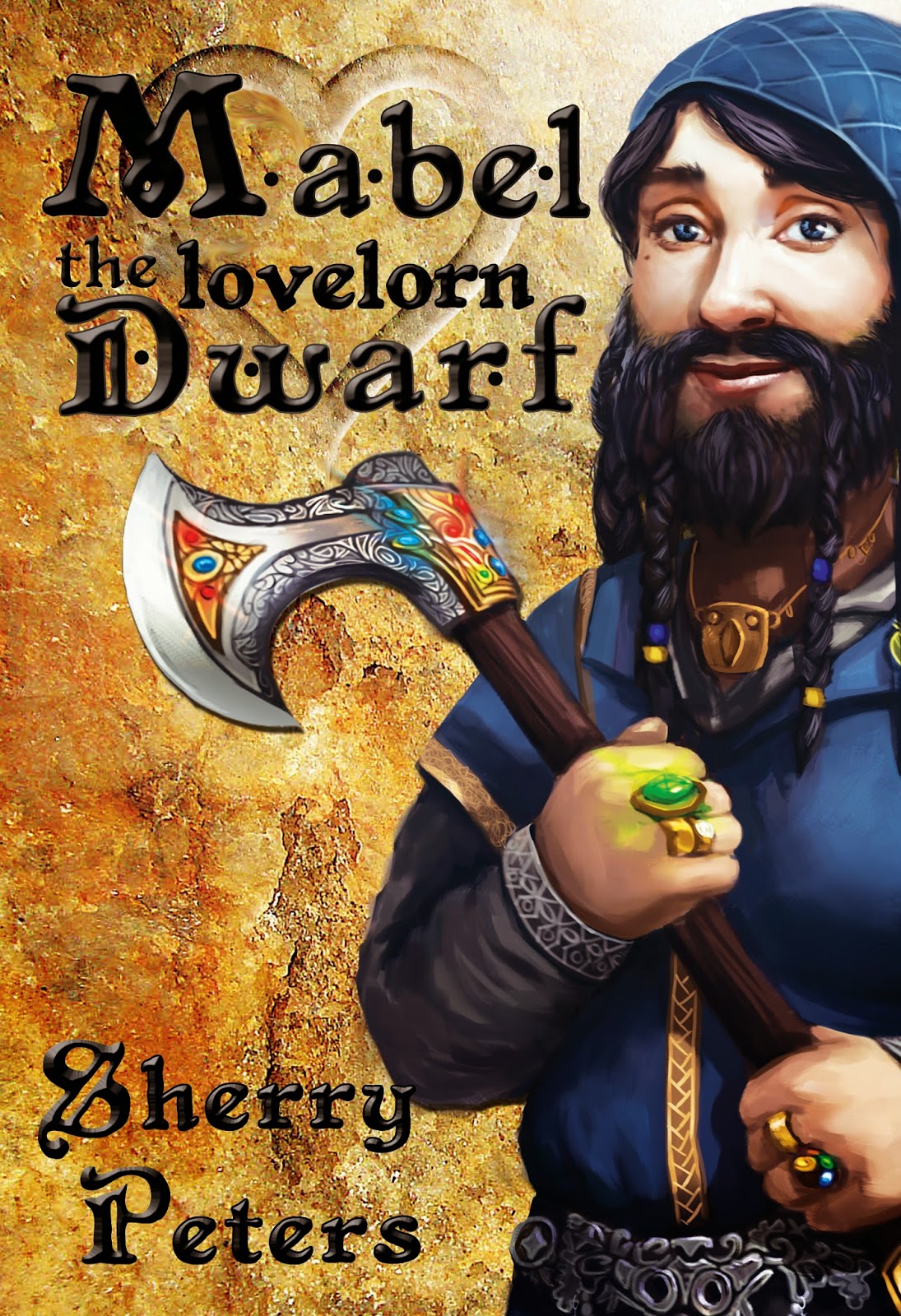 I want to thank Anne for giving me this opportunity to share with you the origins of my new novel Mabel the Lovelorn Dwarf.

Sophia Vargara was put on a pedastal during the most recent Emmy broadcast so that the audience had something (the president of the Television Academy did say something, not someone) intriguing to look at. Our young girls are under growing pressure to sext their boyfriends or even boys they like in hopes of getting some kind of attention. Teens are committing suicide after relentless bullying because they are gay, or overweight, or different. Many of us feel like we need to do and exceptional and perfect and if we aren't, no one could possibly love us.

These kinds of pressures have always existed. They seem to have multiplied and intensified in the last number of years. Even as there is a growing emphasis on tolerance, there seems to be a polarization toward increased discrimination.

And that polarization, that increased pressure, upsets me.

I'm a big believer in story being a way to look differently at important social and political issues. When I started writing about Mabel the Lovelorn Dwarf, I spent a lot of time thinking about what life would be like as a female dwarf. The more I thought about it, the more the social issues became clear. I also saw how I could shed a new light on those issues while using humor. I wanted to write a story where the main character has a happy ending, but it isn't in finding love or losing weight or getting the promotion at work. I wanted the happy ending to come from within--from self-acceptance and self-love.

I started with the tropes that I'd seen in so much epic Fantasy, both in books and the movies, like the ever-present enchanting female elf, the female dwarves with beards, mining gems of all sorts from one mountain, and I played with them, turned them around or exaggerated them. I used them to my advantage and created the perfect world for a character who didn't fit in.

In Mabel the Lovelorn Dwarf, females make up less than a third of the population. They are the ones responsible for procreation. But just like the rest of us, they have to look a certain way too, they need to be stout and they need to have full beards.

So what if Mabel decided she didn't want a life-mate or to have dwarflings? What if she wasn't as stout or her beard wasn't as thick as was considered attractive? She's stuck trying desperately to conform to what her family and community expects of her, knowing that her true happiness and finding the place she belongs, lies somewhere else. No spoilers, but there comes a point where she has to choose.

I've just released Mabel, and so far reception has been positive. My hope is that at least one person who reads Mabel is given hope that there are others out there like them, who don't conform to society's standards, that they are wonderful and deserving of love--be it from family and friends or a significant someone--and happiness, just as they are. My hope is that at least one girl who reads Mabel stops pressuring herself to starve herself to look a certain way, or to sext a boy just to feel acceptable. My hope is that our young people and adults alike, will accept themselves and find others who accept them for who they are, regardless of appearance, profession, or any number of social constructs we use to discriminate against.

You can purchase Mabel the Lovelorn Dwarf on Amazon, Barnes & Noble, and elsewhere.