In her YA novel ELIXIR BOUND, Katie L. Carroll has personal ties to the female characters

I'm delighted to be participating in the blog tour for author Katie L. Carroll's YA fantasy novel Elixir Bound. Katie shares some background on the extraordinary women in this story.

The Women of ELIXIR BOUND
By Katie L. Carroll

I originally conceived ELIXIR BOUND as a there-and-back-again quest, a sort of tribute to my sister

Kylene, who died at the age of 16. I had hoped to give her a fantasy tale of her own. When it proved too hard to write the story from the POV of a character inspired by her, I decided to try from a different character's POV: her sister Katora's.

This really changed the direction of the story. Where Kylene was sweet, sensitive, and wore her feelings on her sleeve, Katora was stubborn, independent, and also sensitive but would never want to show it. ELIXIR BOUND then became a story about a young woman (Katora) who must go on a quest to find out whether or not she will become guardian to a secret healing Elixir and bind herself to it.

The binding part was key because it wouldn't allow to just use the Elixir as she wanted to; the binding would force her to use it in a way that also served the Great Mother (who is also called Mother Nature, and is basically the highest form of being in Katora's world). Now I had a story where a very independent character was forced to make a decision that would seriously hinder her independence and impact the path the rest of her life would take.

This whole story line was a personal journey that was paralleled by a physical journey in which Katora and her companions had to find the secret ingredient for the Elixir. Notice the total lack of mention of a love interest. It was really important to me that Katora's motives for the quest had nothing to do with a boy.

It was also important that Katora be chosen for this quest, not either of her two older sisters or her younger brother. I've always wondered why in so many real and fictional worlds the oldest son is the one who is entitled to the inheritance, so I wanted Katora to be neither the oldest nor a boy. The reason Katora was chosen as the next guardian of the Elixir, taking over for her father, was she was person who was best suited for the job. 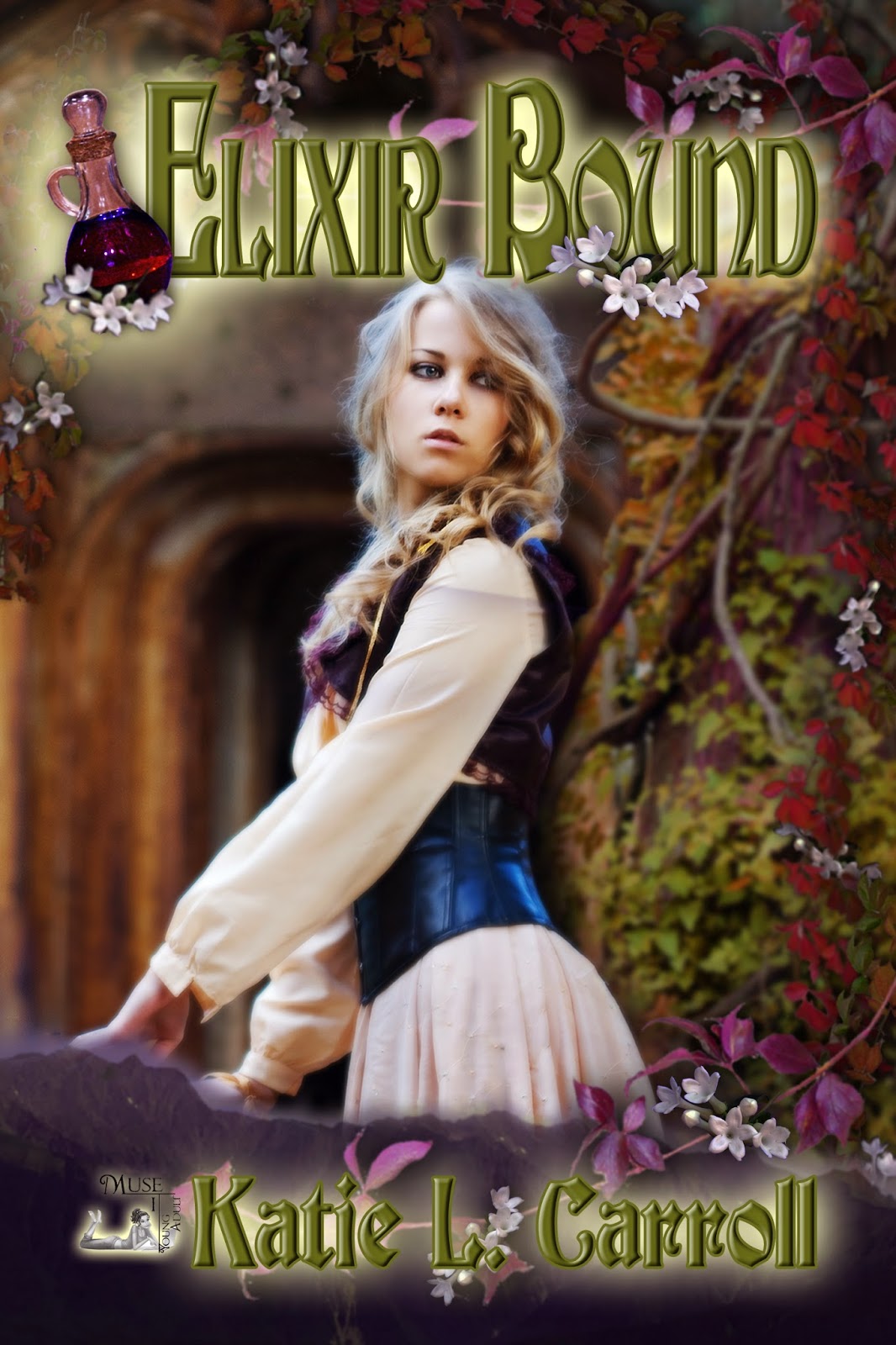 As I started writing ELIXIR BOUND, I realized I wanted these themes to be reflected in Katora's world as well. I think a lot of these themes spilled out of me unconsciously and only in revision did I become consciously aware of the feminism in them. Suddenly Katora's world had turned very pagan with the people following a female deity (the Great Mother) closely tied to nature. From there I sort of ran with the idea that females would, in a sense, rule this world. Though I kept it that Katora would take over for her father because I wanted some balance in the world. Women didn't need to rule everything.

And Kylene was still there on the quest and plays an important role (though not the starring one). I wanted her there to contrast Katora's personality because there are other strong female characters besides the bulldozer type, which is kind of how I think of Katora. I needed a female who was strong in character but not in your face about it. Also, Zelenka, a member of the miniature demick species, was an interesting female character. In many ways very much like Katora, but also a bit of an adversary to Katora. They never quite get along, mostly because they are so alike.

There does end up being a love interest on the quest. One I had to emphasize and play up more as I went through revisions because several of my early readers didn't think it played a big enough role. Katora initially resists forming a relationship with Hirsten, the handsome son of a famous mapmaker. She doesn't want anything to distract her while on her mission and while she has such an important decision to make.  Though the quest part of the story is not driven by romance, Katora's ability to realize her capacity for love (and in turn why she has resisted her feelings for Hirsten) does play into her decision on whether or not to become guardian of the Elixir.

As you can see, I thought a lot about the role of females in the made-up world of ELIXIR BOUND as I was writing it. I'd like to think my story offers a feministic look at females and hopefully speaks to teenage girls in a positive way. Although, I didn't want to force any certain didactic message about feminism in the story...more an offering of female characters and how they take control of their lives and futures. Themes I certainly plan on considering while writing future works as well.

Katora Kase is next in line to take over as guardian to a secret and powerful healing Elixir. Now she must journey into the wilds of Faway Forest to find the ingredient that gives the Elixir its potency. Even though she has her sister and brother, an old family friend, and the handsome son of a mapmaker as companions, she feels alone.

It is her decision alone whether or not to bind herself to the Elixir to serve and protect it until it chooses a new guardian. The forest hosts many dangers, including wicked beings that will stop at nothing to gain power, but the biggest danger Katora may face is whether or not to open up her heart to love.

The Ebook of Elixer Bound is on sale for $.99 until September 27 on Amazon and at the
MuseItUp bookstore.

Enter the Goodreads giveaway for a signed paperback copy until September 28.