Jennifer Maruno on balancing research and emotion in historical fiction 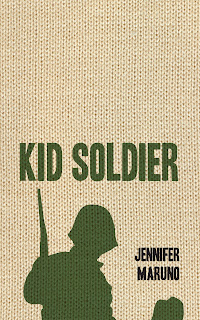 I think you'll love today's guest post. Author Jennifer Maruno gives us and honest an personal look at her quest to make historical research come to life in fiction that moves the reader.


My love of history came from my dad. Every holiday included a visit to a historic site or a special place that we would later be able to say, "I was there."  Only I know the significance of his collection of photographs of soil-laden dump trucks  as the digging out of the St. Lawrence Seaway or the excavation of the ruins of the mission of Sainte-Marie Among the Hurons in Midland, Ontario.

He was a handsome man, full of good humour and personality.  He passed away, leaving me his black binder full of anecdotes, newspaper clippings and rambling remembrances of his life. The possibilities of a novel was right under my nose but wasn't sure what to do with all this information.  What was it that I want to explore in my father's life. What would be the story's heartbeat? 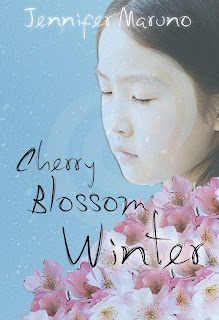 Following the heartbeat of your story stops one's creative mind from running off in all directions, like my father's collection of anecdotes. The creative mind is like a crow pulled towards all kinds of shiny things of interest but too many fascinating pieces of information or unnecessary descriptions only confuse your work.

Dissatisfaction with what is perceived to be one's life expectations can make people runaways. This is the heartbeat I used in Warbird, my story of young Etienne who wanted to follow in the tracks of Samuel de Champlain and  become a great explorer.

When the Cherry Blossoms Fell  and the sequel Cherry Blossom Winter are both novels that beat to the theme of Identity. Who am I? What does it mean to be both Japanese and Canadian during the Second World War? What part does one not want to be? Why can't they celebrate their heritage? What would happen if I take on a new identity?

For Kid Soldier I settled on the theme of Worthiness, or how the character faces life, especially in the face of all odds. Fatherless and penniless, 15 year old Richard Fuller wants a bike. Mr. Black, the baker that lives up the street hires Richard to help with deliveries. Richard is impressed with the baker’s organized ways. Military man, like Richard’s deceased father, Mr. Black entertains him with army stories and teaches him Morse code. He invites Richard to attend the opening ceremonies of the 1939 military camp in Niagara-on-the-Lake.
The monotony of Richard’s existence ends the day the Canadian Army opens their two week camp with a demonstration of efficiency and strength. Infatuated with army life, Richard decides to become a soldier.

Kid Soldier is also about Heroism. When war looms on the horizon, Richard makes the most impulsive decision in his life, he enlists. He travels to England with the newly formed 1st Canadian Division, witnesses the Battle of Britain, the death of a German pilot, an unwarranted animal massacre and gets caught in the London Blitzkrieg.  When his true age is discovered, Richard faces a possible court-martial. He doesn't becomes the typical war hero but does discover the path his life should take. Returning home, he learns Mr. Black is dead, his bakery in disrepair, and Mr. Vogel’s farm up for sale. No longer a boy, he uses his deferred pay and a loan from a bank to put things right.

Historical fiction is nothing more than an imaginative recreation of the past, but there must be a balance between authenticity and imagination. In my novels I balance the distinctive flavour of Canadian history with the heartbeat of universal motifs that appeal to children worldwide. Soon to be published is Totem (Dundurn Press)

To learn more about about Jennifer Maruno, visit her website.

You can purchase Jennifer's books from Dundurn Press, on Amazon, and on Indigo.