Ages ago, I had a job as researcher and content-writer on several series of books about indigenous peoples of the world. One of my favorite projects was on the Inuit. Somehow, reading about igloos and snowshoes completely captivated me.

Imagine my delight to learn that there's a recent picture book about this wonderful culture. Even better, its author, Susan Margaret Chapman, agreed to be my guest and talk about her research for the book! 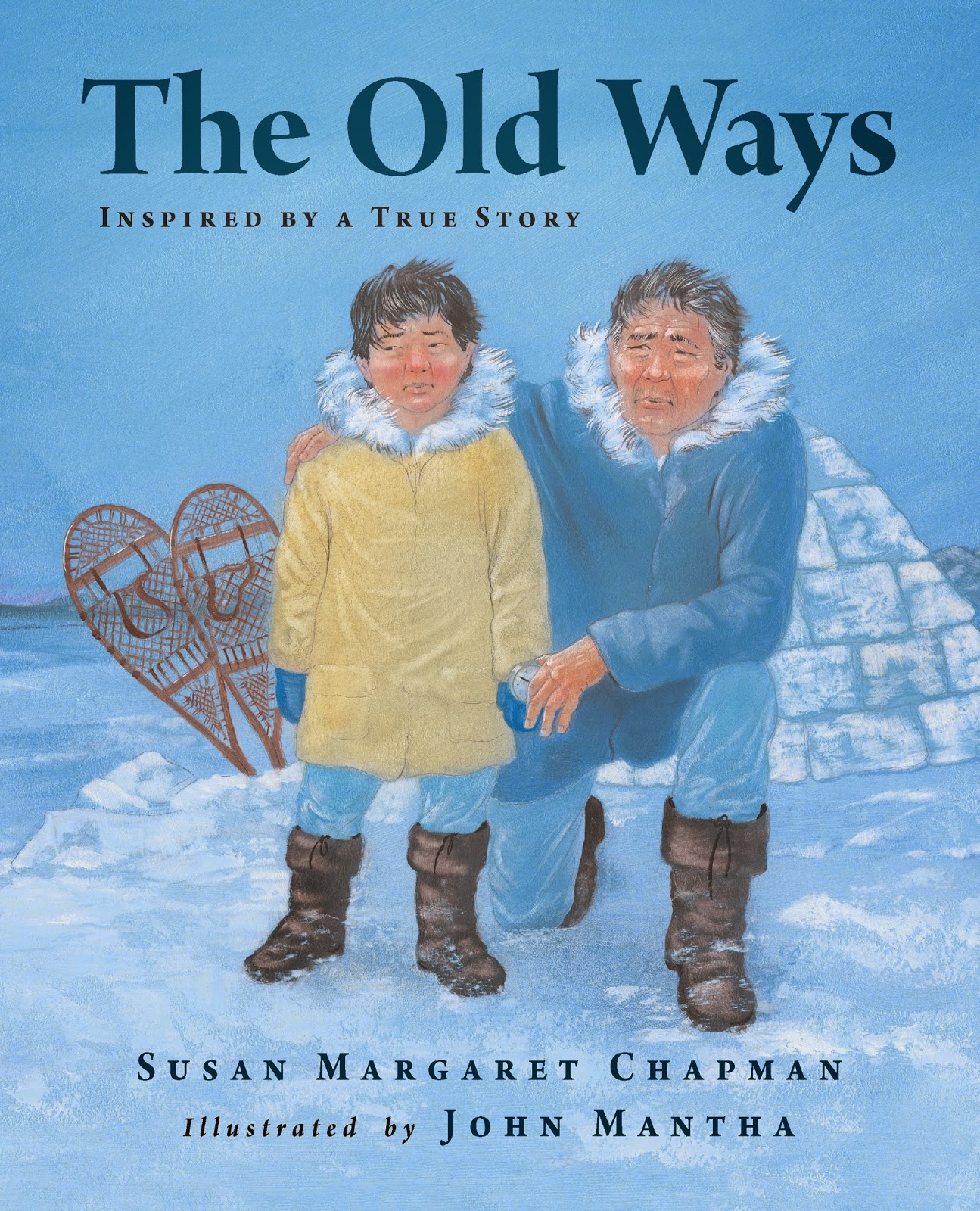 This picture book, which was inspired by a true event, is about a contemporary Inuit boy. Simon loves computers, TV and pizza, and is not interested in learning how to build an igloo, or in listening to his grandmother’s old tales. But when their snowmobile breaks down, and his grandfather builds an igloo and his grandmother helps to fill the waiting hours with many tales, Simon changes his view.

The idea for The Old Ways came from a story that was in the paper. An Inuit family survived for over a week when their snowmobile broke down in a storm. I imagined a child who thinks the old ways are very out of date. He doesn’t want to hear about them. But when they are stranded, and his grandfather is ready with all his tools and builds an igloo to save them, I could see how the boy would change his mind.

As a teacher librarian, I was always very interested in storytelling. I had a storytelling festival each year, and asked the students to go home and listen to stories from their parents and grandparents, and then tell them to us. Storytelling is a lost art, and is such an important thing to preserve, and to hand down family history.

The storytelling part of the book seemed to flow as a natural part of the story. They were waiting to be rescued, and the grandmother tells him many stories, which, for the first time, he appreciates. And these stories are, of course, part of “the old ways”.

I spent a lot of time checking that all my facts were correct re igloo building, seal oil lamps, clothing etc. When I was baffled about how there were sticks to hold up the cooking pot (when this takes place above the tree line) I phoned a school in Nunavut, and asked if someone could talk to me and check everything. I talked to the grade 4 teacher, and she reassured me that the wood sometimes drifted in, and they saved it. We also discussed things like what they would use in a seal oil lamp now instead of seal oil.

I also spent a lot of time looking at folktales that would work, as I thought that students and teachers might want to go and read the actual folktales mentioned in the story. The story that Simon tells is a popular old story I used to tell called “The Fisherman and His Wife”.

I loved doing the research, but became anxious about the accuracy of the illustrations, because they had to be right. I sent a number of notes and directions for the illustrator (who I never actually met or talked to directly).

I have never been to Nunavut, but  certainly hope to visit there eventually.

*   *   *
Learn more about Susan Margaret Chapman on her website.

Purchase The Old Ways on Amazon, Barnes & Noble, and elsewhere.