Katrina Archer on lying, being valued, and the fear of being UNTALENTED

What if staying alive required having one special skill that was highly enough valued by society to make you worth keeping? Katrina Archer's YA novel, Untalented, explores that premise. And it doesn't take the easy way out. Katrina stopped by to discuss her challenging book. 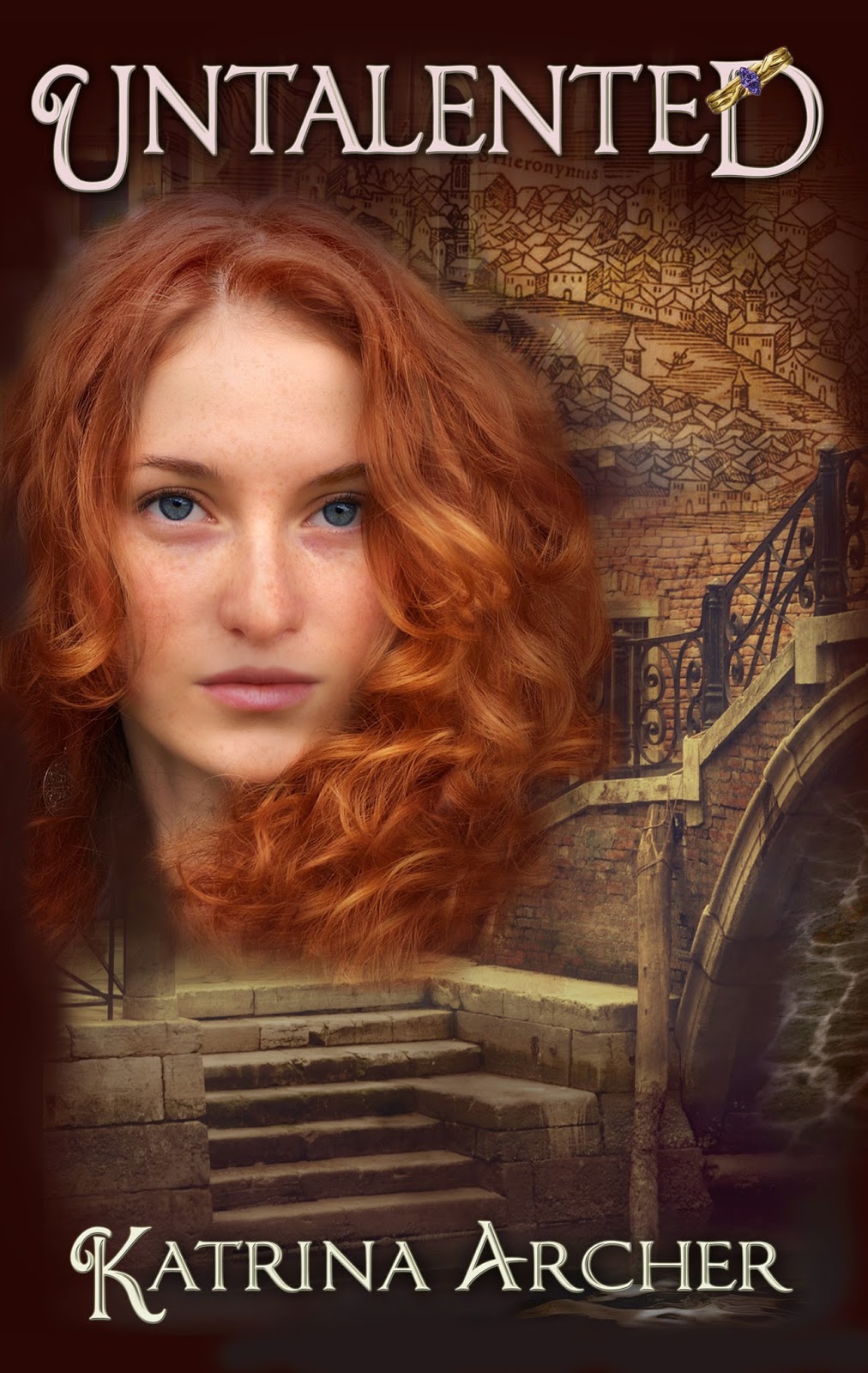 *   *   *
Hi Anne, thanks for inviting me to your blog today!
Untalented tells the story of Saroya, a young orphan who finds herself without a Talent in a world where Talent is everything. The core premise came to me after a specific incident in my engineering career: a manager of mine told me I would need to specialize in one key area of focus, or risk devaluing my career. I balked at that: I’m a dabbler at heart, and have always had a wide range of interests that span both the sciences and the arts. I have a short attention span, and get easily bored if I’m not constantly learning new things.
But I wondered: what would a society look like that only valued specialists? What if they’d taken that concept to such an extreme that they’d created a caste system around it? And what would happen to someone in that culture who simply could not specialize? That society is the Kingdom of Veyle, in which we find Saroya, the heroine of Untalented.
The thing is, Saroya knows, deep down in her bones, that she’s not useless. But her society won’t let her prove that to them. She’s cast out of her home, and denied work in the rigidly controlled Guilds of Veyle. So what does she do to survive? She lies. She lies about what she is, she lies about her credentials, and ultimately, she lies to herself about the true extent of her skills.
My family motto is “Sola bona quae honesta”, or roughly, “Only that which is honest is good”. It became an interesting character study for me to deal with someone who must lie to survive, but a great source of conflict, because Saroya’s falsehoods wind up losing her some of her only allies. She lies so much that she finds herself in a “Boy Who Cried Wolf” situation: nobody wants to believe that an Untalented girl might be able to save the capital city from looming calamity, and she’s alienated the only people who might have helped her.
The truth about who Saroya is also has scandalous implications that could bring down the leadership of Veyle, and discovering that truth leads to one of her most difficult choices. Only by being truly honest with herself can Saroya come to terms with who she is and claim her heritage. But by the time she learns that lesson, she’s been squeezed into a corner by the people who will benefit most from preserving their own lies.
Because I don’t see things in rigid shades of black and white, Untalented explores some moral grey areas. Being true to yourself and the people you care about always means telling the truth, the whole truth, and nothing but the truth. But sometimes unselfish honesty’s about more than just not lying.
*   *   *
Learn more about Katrina Archer at www.katrinaarcher.com. Follower her on Twitter @katrinaarcher.
Untalented is available for Kindle and in other editions.