AJ Sikes on Noir in GODS OF CHICAGO

"Noir" is one of those terms that most of us understand vaguely, as a feeling we get when we read or see a darkly shadowed work showcasing the urban underbelly. But what is noir to an author who writes it? Please welcome AJ Sikes, who explains how he approached this genre in his new novel, Gods of Chicago.
*   *   *
Thank you, Anne, for hosting me today. 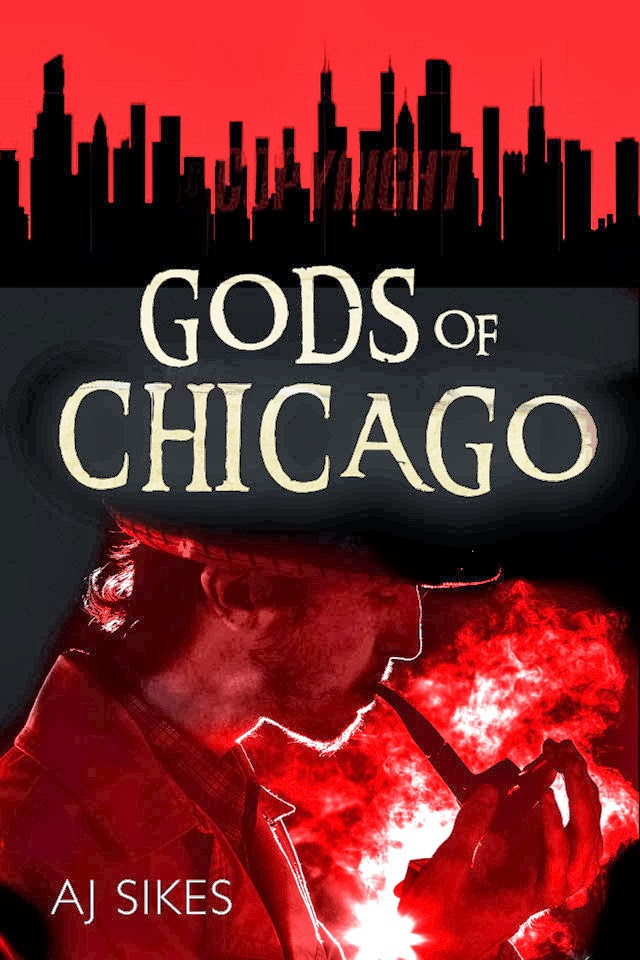 Gods of Chicago is a noir urban fantasy set in an alternate history 1929. Like all genres, noir has a set of tropes and characters who need to appear on the page for a particular story to fit readers’ expectations. In their introduction to The Best American Noir of the Century, James Ellroy and Otto Penzler famously (perhaps infamously) describe the genre in such a way that reading noir becomes tantamount to donning an executioner’s hood. There are no winners in noir fiction, they say. The late Roger Ebert had as much to say about filmic interpretations. My tough luck that I wanted to write a story that wouldn’t match any of these admittedly well-informed opinions.
It’s important to me that stories lead somewhere. Not necessarily to the fabled land of sequels and movie deals, but at least to a place that doesn’t leave ashes on the tongue. Noir storytelling involves scenes and events that are intentionally disturbing, but such instances don’t have to be the point of a story in order for it to be considered noir. A tale can be disturbing and still succeed at entertaining, possibly even evoking a sense of hope.
I wrote Gods of Chicago to tell a story that aims to entertain and disturb in equal measure. Bad things happen to good people. Innocence is treated with derision if it’s acknowledged at all. In that sense, the book does fit with Ebert’s description of film noir as “A [story] which at no time misleads you into thinking there is going to be a happy ending.” The storyscape is what you’d expect as well. Dark alleys, dim skies, back doors and hidden entrances, grimy city streets, and the lowest people on the social ladder kept well away from the upper crust. The people you meet have all seen enough to know there isn’t much reason to hope things will get better. But they still try. Whereas Ellroy, Penzler, and Ebert are convinced nobody but nobody thinks they’ll really win in noir, the characters in Gods of Chicago aren’t beaten yet, and they’re going to keep proving that to you long after the gun smoke clears.
Yes, everyone in the book is making a play and has a stake in the game, but that’s true of any character in any genre - perhaps no more so than in real life, where we all face obstacles to success and achievement on a daily basis. Fiction magnifies our little struggles for us, and that’s part of the joy of reading (and writing) for me. It’s enlivening to see characters faced with peril and doom only to overcome and triumph, to some extent, at the end. With Gods of Chicago, I aimed to capture the fatalism and futility that Ellroy and Penzler point up as hallmarks of the genre, but I also set out to dispel the myth that ‘all is lost’ in noir fiction. The skies and streets may be black with portent, but somewhere out there is a hint of light flickering, maybe even showing the way out.
*   *   *
Gods of Chicago is available now as a Kindle ebook and Paperback.
Learn more about AJ Sikes on his website. Follow him on Twitter: @SikesAaron