I'm pleased to welcome Kristi Petersen Schoonover. Kristi writes short and long fiction in the horror vein, including her newest story, "This Poisoned Ground." Today she offers some great advice about a tricky technique: writing a scene or whole story as a flashback. 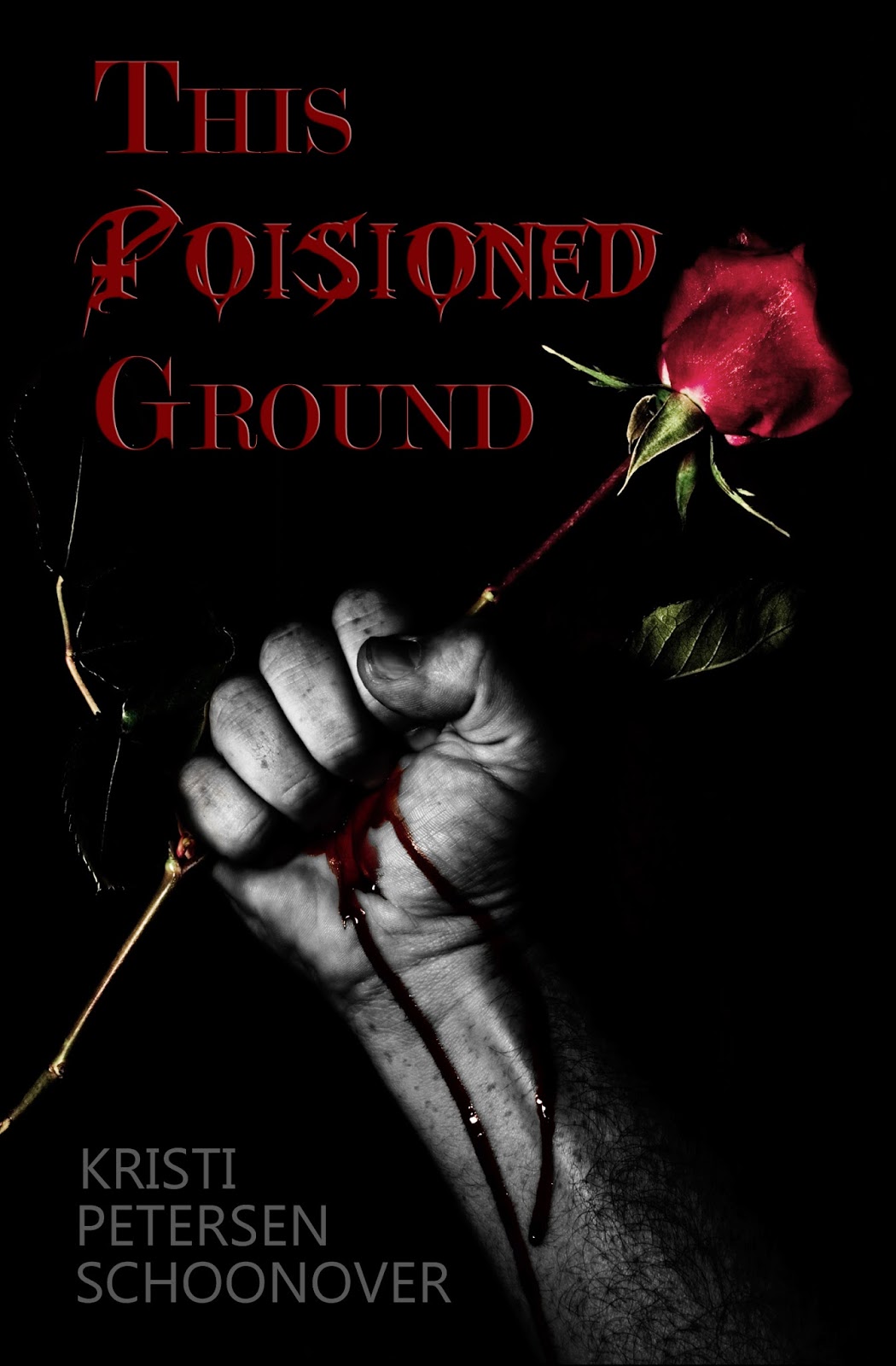 2011 brought an opportunity to pen a Poe-inspired, modern gothic romance under 10,000 words. My work is already influenced by Poe, so I thought the writing of my most recently published piece, “This Poisoned Ground,” would be “no sweat.”

The trouble was in the telling of a love story that spanned decades. In order to properly weight the horrific ending, the reader needed to understand that there was a developing situation over a long period. How should I do that? I couldn’t write the sentence ‘they argued for thirty years’ because then my ending wouldn’t be justified—the reader had to see how awful things were. Conversely, I couldn’t start at the beginning of their relationship and spoon it out because the story would crawl (true of all lengths: Don’t ever fill any space with things that don’t need to be there).

It could be done through flashback—a fully-fleshed out scene in which we bring the reader to the past, to the time before the current story is happening. A flashback is also meant to illustrate an intangible, such as “Mom was mean” or “they were madly in love.”

But flashback’s a sticky wicket: There’s a right way and a wrong way, and doing it right can be a challenge. Here are my five tips for firm flashbacks.

Ask. Is what’s being shared only illustrated effectively through flashback? Or can it be mentioned in the character’s current thought process? “He remembered when Dad drank seven sodas a day” doesn’t need a flashback built around it if it’s just a description to flesh out Dad’s personality. If, however, it sparks the beginning of Dad’s diabetes and the protagonist’s emotional response, or is integral to conflict between them, the answer to the flashback question may be yes.

Pivot. In real life, a memory/reflection is triggered by something—an object, statement, smell, song. Use these “triggers” to usher in the flashback, making for a smooth transition. Does the protagonist find a cup her mother had given her, making her recall a specific incident which would reveal some critical aspect of their relationship? Use the cup to usher in the scene. In addition, be sure the pivot piece plays a role—no matter how minor—in the current time of the story; don’t use it as a throwaway device.

Ground. Ground the flashback in time and place, and be clear: “twenty years ago, back on their farm” is preferable to “When I wore bell-bottoms on a Wednesday at fourteen minutes past the hour.” And yes, separators can offset a flashback, but a # symbol doesn’t substitute for solid grounding.

Trim. Only show the critical bits. If the point is the protagonist has finally flipped her lid and it takes place at a restaurant, we may not need to see the couple meeting there, ordering, et cetera, but we DO need to see that when dessert is served, she tries to stab someone with a fork after a couple of lines of incendiary dialogue.

Time. Make sure the length of the scene is appropriate. Too long, the reader is pulled out of the current story; too short, the reader could get disoriented. If it’s too long, consider breaking it up into a few flashbacks—or be certain that everything depicted is really necessary. If it’s too short, it may not need to be rendered in flashback; consider a brief mention within the current time instead.

Blurb for "This Poisoned Ground":

They say you hurt the ones you love most. No one ever talks about when they hurt you back.

Just after dawn on the hottest day East Providence has endured in a hundred summers, Todd, a bit of a ladies’ man, finds his prized rose bush dead. This is only the first in an ever-more-ominous series of events, and someone…or something…is trying to invade his home.

In the tradition of “The Fall of the House of Usher,” “Ligeia,” and Aura comes a gripping tale of love, lust…and regret.

“This Poisoned Ground” will be in wide release January 28. For now, it is available for 99¢ in all e-formats at the publisher’s website.

To learn more about Kristi Petersen Schoonover, visit her website.