Novelist Carol Hedges on YA Heroines 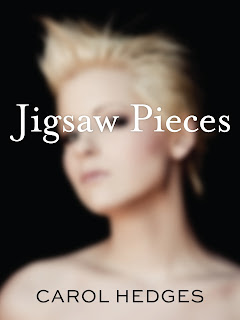 Creating an effective main character is a complicated process, and writing a female protagonist in YA is particularly delicate work. British novelist Carol Hedges joins us today to discuss this challenge.
*   *   *
"I like the idea of being strong. I've grown up with the concept. It's in my bones and my blood. Strong people survive. They don't go under."
So speaks 18 year old Annie, the heroine of my new ebook Jigsaw Pieces. My genre is YA Crime Fiction, and for me, there are two ingredients that go to make up a successful book in this genre. The first, clearly, is a crime of some sort. In Jigsaw Pieces, set in 1998 it is the mysterious death of one of Annie's fellow students. In my 'Spy Girl' series, crimes vary from selling drugs to teenagers (Once Upon a Crime) to stealing a priceless holy relic (Dead Man Talking). 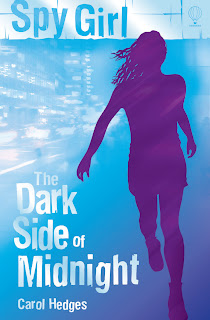 The second ingredient is a strong female protagonist. Annie Skaerdstadt, Jazmin Dawson. So what makes a strong character? Well, it's not enough just to tell readers they are strong. Strong characters have to demonstrate their strength, usually by being pitted against challenging events, or other characters. Annie is taken from her birthplace, Norway, and dumped in an English school, where she has to develop a carapace to survive the daily bullying. Jazmin is up against an adult world that does not want her meddling and playing detective, and is prepared to take drastic and dangerous steps to keep her out. Through both girls' determination and actions, we learn how strong characters function and survive in difficult situations.
But strength can also be shown in softness: Annie has a compassionate side, shown when she bonds with the mute World War 1 veteran Billy Donne, whom she meets in a nursing home. Jazmin is intensely loyal to her friend Zeb Stone, even when he fancies another girl. Strong characters also must have failings and flaws, an inner fault line that makes us warm to them. Maybe because they are a little like us?
At the end of Jigsaw Pieces, Annie discovers that there is still a vital piece of the Jigsaw missing from her life. In the Spy Girl books, Jazmin is faced with the reality that she is not cut from adult cloth - yet.
And here we see the final ingredient of a strong character - there must alway be a sense that there is more to be grasped, new and different conflicts to be overcome. For a strong character, the journey is never complete; there is another story waiting to be told.
I love writing strong female characters like Annie and Jazmin because they are so multifaceted and complex. They challenge me and push me to my limits. I hope they do the same for my readers as well.

*   *   *
You can learn more about Carol on her blog, or follow her on Twitter @carolJhedges
You can buy Jigsaw Pieces as an ebook on Amazon or Amazon UK.