Creating complementary main characters is a skill which, if mastered, can lead to great fiction. Today Sandra Ulbrich Almazan explains how she developed the women in her new novel, Scattered Seasons.

From the Fab Four to the Fem Four:
Designing a Quartet of Characters
by Sandra Ulbrich Almazan

It happened nearly twenty years ago, while I was reading Mark Hertsgaard’s A Day in the Life: The Music and Artistry of the Beatles. I read a description of the Beatles’ four-fold synergy and thought I’d like to write a story about a quartet working together to create literal magic. From that idea, I slowly came up with a group of four women who each had a type of magic associated with a different season. They were originally called Season Lords, but I changed their name to Season Avatars for a gender-neutral term. 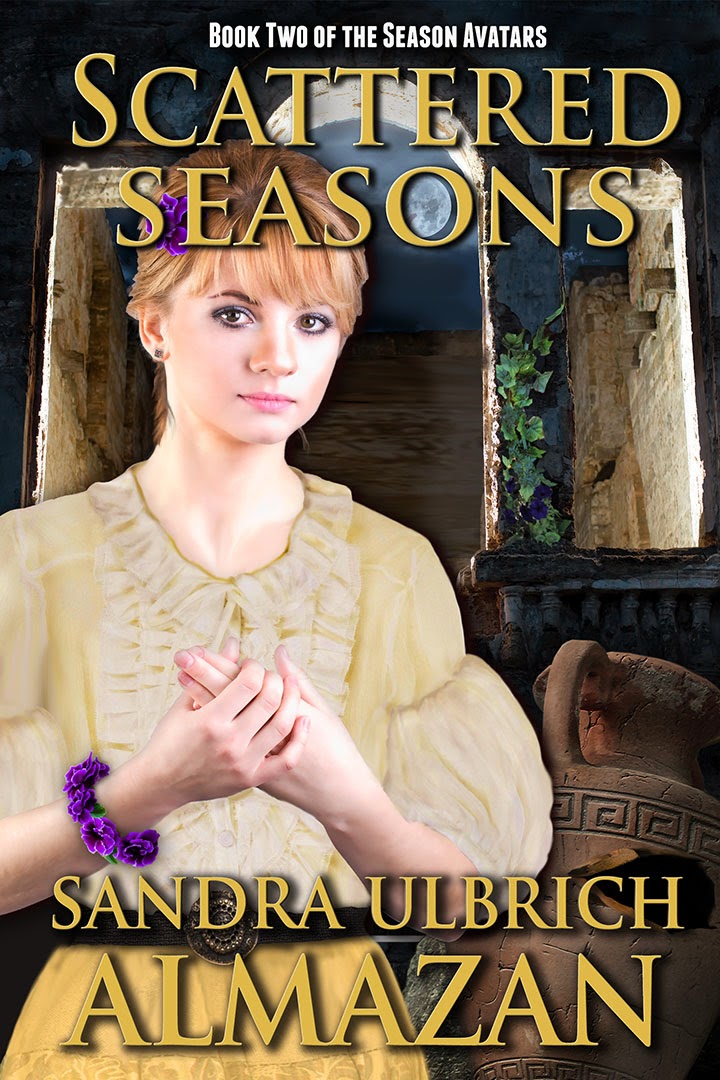 While the magic concept was important, even more important was creating a group of characters with different but complementary personalities. There are different tropes for doing this, such as the Four Element Ensemble, the Four Temperament Ensemble, or even using blood types.  (Warning: all these links lead to the fun but time-sucking TV Tropes website.) I chose a simpler method, which I’ll refer to as “Brain-Body-Heart-Soul.”  This was also inspired by a description of the Beatles. (Fans may disagree on who played what role within the group. I see John as the brain, Paul as the body, George as the soul, and Ringo as the heart.) Each of the four Season Avatars plays one of these roles within the group.

Gwendolyn, the Spring Avatar, is also the leader of the group. Her job is to heal people and coordinate the magic shared by the Avatars so they can perform tasks togethers. As a noblewoman, she’s had the most formal education of the four, so she’s the “brain.”

Jenna is the Summer Avatar and has plant magic. She’s the most sensual of the quartet (so she’s the “body”) and frequently has to remind Gwen to have fun and not focus constantly on her duties.

Ysabel, the Fall Avatar, has animal magic. As the heart of the group, she’s friendly and warm. She’s a diplomat who wants everyone to get along and will mediate when the others argue among themselves. Gwen and Jenna tend to argue a lot, so sometimes they need a go-between.

Finally, Kay, the Winter Avatar with weather magic, is the soul of the group. Although all of the Avatars originally obtained their magic from the God or Goddess associated with their season, she is the most pious and the least likely to question her God’s will.

Of course, it wouldn’t be satisfying to make each character one-dimensional, a person fit only for a certain role and no more. Each of the Avatars comes from a different type of family and a different background. Some of them have talents in non-magical areas, such as music, drawing, or sewing. They all have different personal challenges to overcome as they learn to work together. Each of them will get her own book, starting with Gwen in Scattered Seasons, to tell her part of the overall story.


I look forward to introducing them to you.

*   *   *
Learn more about Sandra Ulbrich Almazan on her blog or on Facebook.

Purchase Scattered Seasons on Amazon and Barnes & Noble.
Posted by Anne E. Johnson at 8:00 AM