Let's face it: We're not twelve years old anymore. (Thank heavens!) So how do we channel an authentic middle-grade voice that our tween readers can relate to? Julie Mata, author of Kate Walden Directs: Night of the Zombie Chickens, shares some words of wisdom. 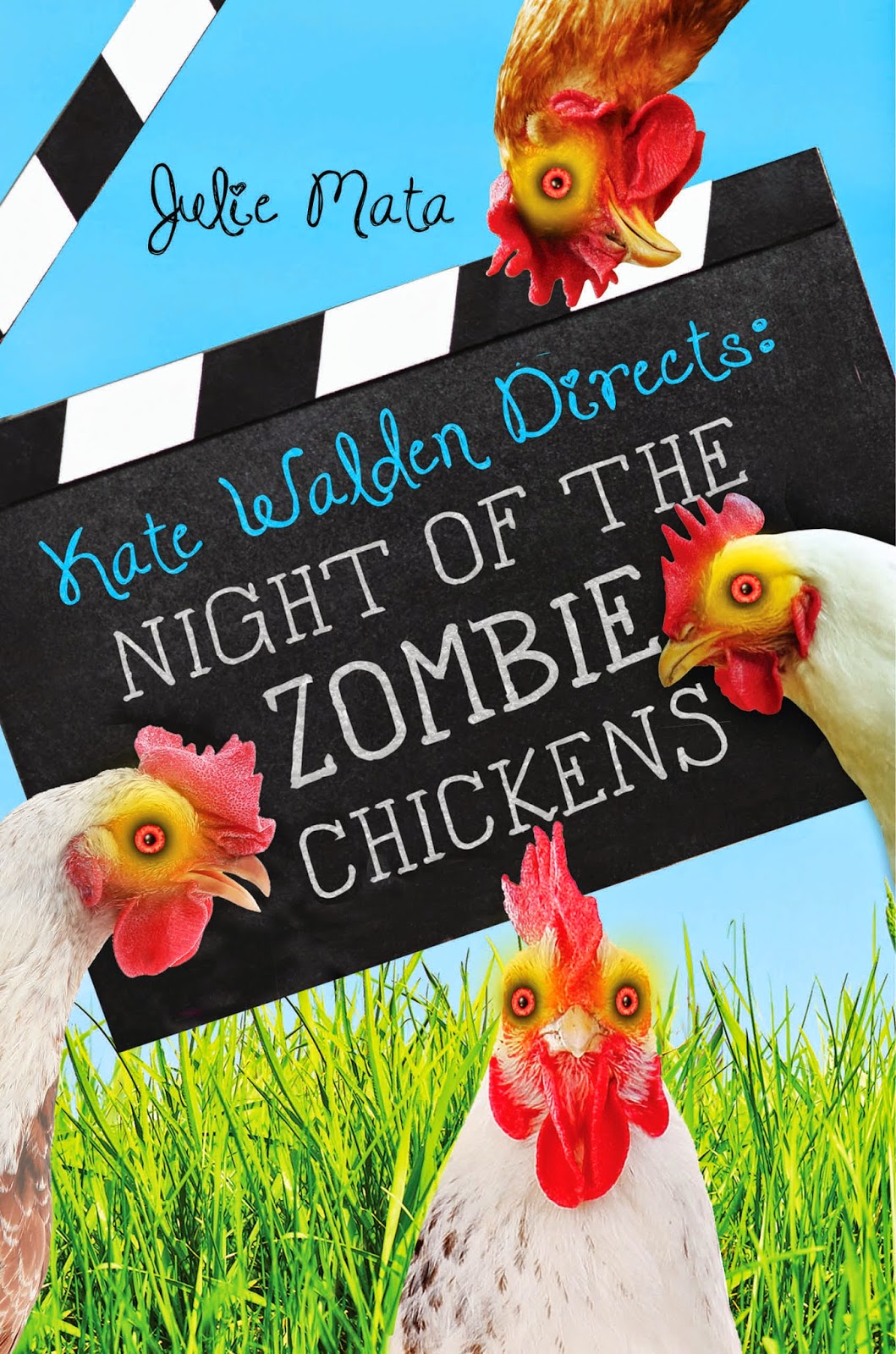 While I was writing Kate Walden Directs: Night of the Zombie Chickens, I had a conversation with a student about a middle grade book she had just read. She liked the book but felt the author had no idea what it was really like to be a middle school student these days. The character didn’t sound real to her. That comment stuck with me. As adult authors writing about children and tweens, it can be tricky to understand their world and to accurately reflect it. It’s been a long time since most of us walked the halls of middle school! How do we know if we’re capturing the essence of the age we’re writing about?
At the time I started writing this book, my eldest daughter was a high school freshman and my youngest daughter was still in middle school. They became my literary lab rats. I listened in as they talked to their friends. I relished the times, both as a mother and as a writer, when they opened up to me about problems at school. I honed my dialogue to reflect the way they and their friends speak. I also noticed something about children at this age—they develop a wonderful sense of humor, despite all the drama in their lives—or maybe because of it! In my book, I tried to capture that sharp, funny humor in Kate’s outlook on the world.

One of my daughters thrived during these tween years, but the other struggled. We learned firsthand that kids are not always nice in middle school. At times, they can be downright mean. This is a touchy subject because, while I think most people understand this, as adults it makes us uncomfortable. We want our children to always be nice, to always be kind and compassionate. That’s why, if a girl is catty or mean in a book, usually she’s the “bad girl,” or the “bully.” But that really doesn’t reflect reality.

I wanted kids to be able to relate to Kate. I wanted her to sound and act real, and share similar problems. So, she’s not always nice. She does some mean things. She worries about the social ladder at school—who’s at the top, who’s at the bottom, and which rung she’s currently perched on. Mean behavior does not equal bad heart. At this age, physical and emotional changes come whether kids are ready or not. Like her peers, Kate is struggling to figure things out. She’s leaving childhood behind but adulthood is still a scary, gray fog on the near horizon. It’s no wonder kids clump together in groups for support! And there’s plenty of poking and elbowing going on as they try to find their own place.

The last I checked, my daughters have not yet sprouted angelic wings. For that matter, neither have I. While Kate definitely grows and learns from her mistakes, she doesn’t metamorphose into an angel, either. Based on words of wisdom from a 12-year-old middle-grade reader, I tried to keep it real.

Purchase Kate Walden Directs: Night of the Zombie Chickens from Amazon or B&N, or directly from Disney/Hyperion.