Philip Coleman on YA Historical Fiction and Medieval Belgium

Please welcome Philip Coleman, a debut novelist. His YA mystery, The Master's Book, was inspired by his own life in Ireland and Belgium, plus his interest in an obscure medieval artist.

History and Mystery, all mixed up

I was inspired to take up writing in my late forties (not having written any fiction since my tender teens), when I read Philip Pullman’s His Dark Materials trilogy. Those of you who have read these wonderful books won’t be surprised to learn that my first attempts were fantasy, they were aimed at a young adult readership, and the lead characters were always feisty girls. 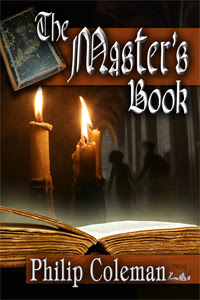 By then I realised that I needed to make my writing more personal. I had just moved back from Brussels, where I’d spent three very happy years watching my children blossom in the multicultural environment. So it was natural that I would try to recapture that rich experience through the eyes of a young teenager. In order to make it even more personal, I decided to write in the first person, for a change. Once having been an Irish boy myself it seemed easier to make the narrator an Irish boy, with an identifiably Irish name, Sean. However, I also wanted to convey the multicultural atmosphere of my children’s school, including the many beautiful mixed race classmates they encountered. The result was the lead girl, Stephanie, who is of Congolese-English parentage (and yes, she is feisty).

The other thing about Brussels is that, despite the modern offices of the EU area and elsewhere, it is a city that is full of history. Over time it was ruled by, among others, the Romans, the Holy Roman Empire, the Dukes of Burgundy, the Spanish Empire, the new republic of France and, finally, the Dutch monarchy, before becoming the capital of the independent country of Belgium, with its own king, in the 19th century. I wanted to convey  some of this rich history, at least as a backdrop.

The final piece of the jigsaw came when I stumbled on an Internet article about the Master of Mary of Burgundy. We know very little about this artist – not even his real name – but we do know that he produced exquisite illuminated manuscript books, including for Mary, the last Duchess of Burgundy. It was her marriage to a Habsburg Prince, followed by her untimely death, that led to Spanish rule in what is now the Netherlands and Belgium.

The book touches briefly on other historical events: Belgian rule in the Congo (not an edifying episode in the country’s history), World Wars One and Two, and the Holocaust. But, above all, it is about two modern teenagers living in a modern city, confronting the problems that teenagers confront, especially when it comes to attractions of the opposite sex. What is out of the ordinary is that they get mixed up in an adventure that puts their lives in danger - twice. And, of course, the roots of that adventure lie in Belgium’s medieval past.

*   *   *
You can learn more about Philip Coleman by following him on Facebook.

You can purchase The Master's Book as an ebook from MuseItUp Publishing or on Amazon.