It's launch day for my future-city novella!

Danger lurks just down the tracks. 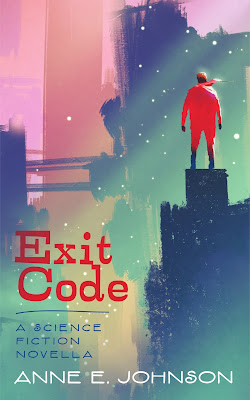 To escape, you'll need the


It’s Chicago in the year 2057, and Tren Alvarez is on a date with Geo, the hottest boy in his high school class. Things are going great until Geo suggests they take a ride on the Stacks, the recently built all-city transit system that has practically replaced cars in the Chicago metro area. Tren has an unfounded fear of the Stacks. He even buys into urban legends claiming people have boarded the little carriage pods, slid up onto the snaking tracks, and were never heard from again.
As the date progresses, the boys witness something that suggests Tren isn’t just being paranoid. When they make the mistake of investigating the next day while Tren’s little sister Ezzie is with them, everything turns upside down. Trying to impress somebody he likes quickly turns into trying to save Ezzie – and the whole city of Chicago.