Ta-daaa! I'm just thrilled to be able to share the cover of my upcoming YA science fiction novella, Exit Code, due out Nov. 1, 2017. The designer is James at GoOnWrite, who always does wonderful work.

In EXIT CODE, a clumsy first date becomes a battle against a terrifying crime wave.

It's 2057, and people are being kidnapped as they ride on the Stacks, Chicago's new all-encompassing transit system that virtually replaces cars.

The police are getting nowhere. Someone has leaked fake videos of the kidnappings to the media, putting the authorities on the wrong scent. Tren and his new boyfriend, Geo, accidentally find out where the real kidnappings are taking place. But they make the mistake of following the trail of clues while Tren's little sister Ezzie is with them.

Tren quickly realizes that his sister's safety is worth more to him than the whole city of Chicago. 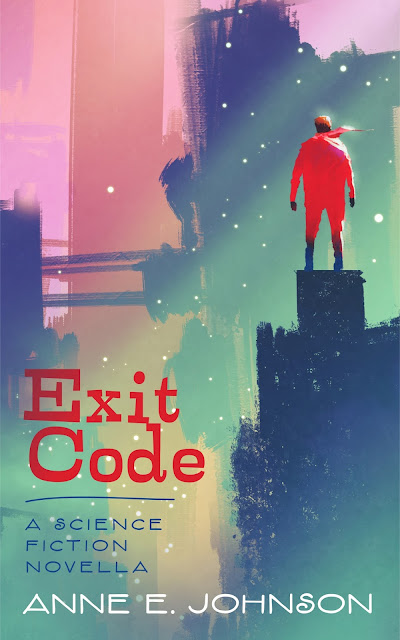