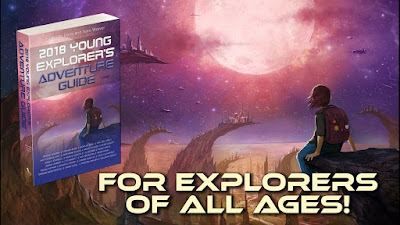 
In this world of racial tensions that never seem to stop escalating, perhaps one positive step toward peaceful coexistence is to open the minds of the next generation. The children’s literature scene is taking this idea seriously. Publishers and writers are stepping up and speaking out to encourage diversity in kid lit.


Perhaps you have heard of the organization called We Need Diverse Books. Their Twitter hashtags #WNDB and #WeNeedDiverseBooks have garnered worldwide support. Their website offers comprehensive information about writing and spreading diversity in literature, and they have set up outreach programs for schools, resources to help writers wanting to be more inclusive, and awards and grants for authors who match their definition of “diverse.”


While a number of children’s publishers are attempting to be more racially diverse in their offerings, some companies were designed with diversity as their primary goal. British publisher Tamarind (now owned by Random House) has an almost 30-year history of featuring diverse cultures in its children’s books. In the U.S., Lee & Low is at the forefront of publishing with a non-white perspective. You can read Lee & Low’s mission statement here.


Writing about diverse cultures is not the same as representing them personally. Another side of diversity in children’s publishing is the encouragement of diverse ownership of publishing companies. To highlight this issue, the Cooperative Children’s Book Center has put together a list of small presses that publish for children and are owned by people of color.


Race is not the only aspect of a child’s experience that requires a broadened representation in kid lit. There is an excellent website called Disability in Kidlit that deals specifically with books and stories for and about children with physical and developmental challenges. Blogger Lee Wind has garnered well-deserved praise for an excellent book list for LGBT kids called “I’m Here, I’m Queer, What the Hell Do I Read?” The website Rainbow Rumpus offers stories that feature characters with LGBT parents. Editor-in-Chief Liane Bonin Starr described her publication:


Rainbow Rumpus is the world‘s only online literary magazine for children and youth with lesbian, gay, bisexual, and transgender (LGBT) parents. We publish short stories, illustrations, articles, celebrity interviews and profiles of the children of LGBT parents with the goal of showing young readers a world in which having an LGBT parent or parents is no different than any other. We serve our audience with high-quality writing and artwork which is often used in the classroom as well.


The key phrase here, I think, is “no different than any other.” If we welcome enough diversity into children’s lit, then perhaps children will grow up realizing that every culture is equally valid.


I’m proud to say that I’ve had several stories published in Rainbow Rumpus. In fact, I write this column as a kid lit author determined to learn to write for the whole world of children, giving credence and respect to all their perspectives, lifestyles, and experiences. That is why I have contributed stories to the first two volumes of an anthology series called the Young Explorer’s Adventure Guide. Corie Weaver, co-founder of Dreaming Robot Press, had this to say about her groundbreaking middle-grade series:


Dreaming Robot Press believes representation matters. Children must be able to envision themselves as the heroes of any story.


Sally Ride, first American woman in space and Presidential Medal of Freedom recipient, famously said: “Young girls need to see role models in whatever careers they may choose, just so they can picture themselves doing those jobs someday. You can’t be what you can’t see.”


The Young Explorer's Adventure Guides are science fiction anthologies geared to the middle grade reader. Girls, boys, people of all skin tones and ableness are the heroes here!


I hope these words inspire you to add diversity to your own writing for children. Here’s an essay for those who want to create a more inclusive setting and characters but don’t know how to begin.