Today's guest, Janet Brown, chose to interview the main character of her inspirational YA novel, Victoria and the Ghost, to find out what Victoria's all about.

Interviewer: I have a young girl here that’s going through a terrible time. Let’s find out something about her. Okay?

“My name is Victoria Peterson. My life isn’t fair. I never thought that when I was fifteen years old, I would end up away from my mother, my friends, and Dallas.  Dad got this really dumb idea to move my seventeen-year-old sister, Marcy and me away from civilization. He even expects me to tend chickens. Can you believe that? Why, my nail job won’t last a month, at this rate. 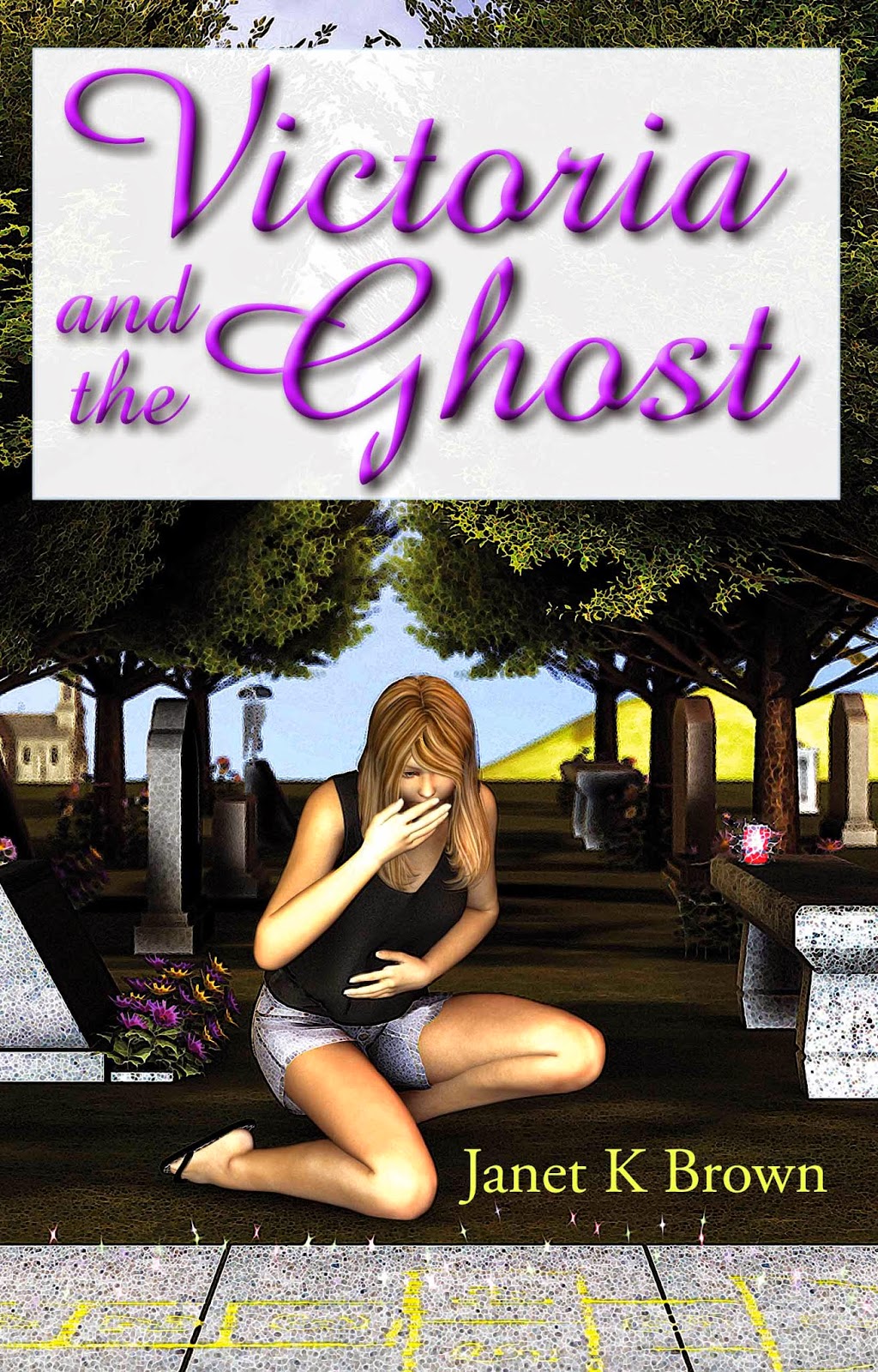 Now, Mom, well, I’m her favorite. We both love…love….love shopping. This spring we missed few shops in before Mom’s beautiful wedding. After she and Sam left on their honeymoon to the , well, of course, I had to move in with Dad. I totally understood. It’s only temporary until Mom returns and settles into her new life.”

Interviewer: I see. Tell me, , what are your beliefs in life?

“Mmmm….what I believe. Well, I believe Mom is the most sophisticated, beautiful woman. This divorce business was all Dad. He ignored her and so pushed her into the arms of a man who appreciated her value. That’s what I think. Oh, and I believe in God. Did I tell you that? And…I believe is the most wonderful city. That’s about it.”

Interviewer: What is this about a ghost?

hunched her shoulders. Each of her hands clasped the opposite arm. “I shouldn’t talk about that. I don’t believe in ghosts.”

Interviewer: But I thought –

“I know. Strange things happen in , but every time I say something, people think I’m crazy. If I told my dad, he’d have a fit. Christians don’t believe in ghosts.”

Interviewer: But you do?

Interviewer:  Is there anything else about yourself that you don’t want anyone to know?

glanced around the room but saw no one but she, the interviewer and that woman behind her who followed her everywhere. “Just between you and me, I act all citified and sure of myself. I tell everyone I’ll be going back to soon, but Mom doesn’t want me, and I don’t want anyone to know that my own mother rejected me. Don’t tell anyone. Okay?”

Interviewer: What are you afraid of?

“Horses. And everyone thinks I should learn to ride a horse. What’s the big deal anyway?”

Interviewer: Is that all?

“Being alone. Having no one that loves me.”

Interviewer: How would you label yourself?

“A good city slicker. (That’s what Brad & Shelley call me.) But a lousy country girl. And,

Interviewer: And, who’s that woman behind you?

sighed. “Her name is Janet K. Brown. She thinks she created me, but it was God, you know.” stood straight and stretched to her full five foot, two inches. “Okay, Mrs. Brown, introduce yourself.”

The Woman in the background: “I visited and learned about the ghost of Colonel Specht, a very sad man who built the town, now a historical ghost town in . Victoria and Colonel Specht needed each other. God told me so. More about the ghost legend I learned can be found at: http://www.janetkbrown.com/2014/09/the-ghost-of-clara.html

P. S.  ’s nemesis, Shelley Halverson, stars in her own book, A Ghost for Shelley, soon to be released by 4RV Publishing. The mean old country girl moves to . Serves her right, Victoria says.