K.A. Laity on Tricksters and her novel WHITE RABBIT

It's an old and widespread storytelling tradition, from African folktales to Dickens' Artful Dodger. Without tricksters, literature would be a much poorer universe. K.A. Laity shares her thoughts on why she loves this character type. 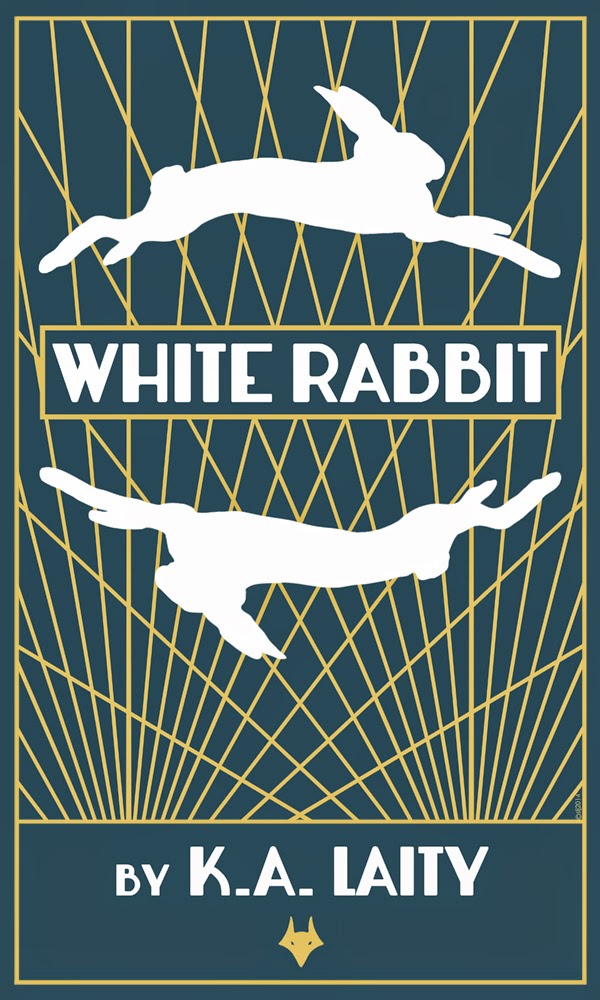 I’ve become immersed in the crime genre in the last few years. Although White Rabbit owes just as much to the tradition of ghost stories, it’s really the crime genre that gave it birth. I’ve always had a fascination with tricksters and confidence men, from Harry in Your Pocket to Jim Thompson’s The Grifters. Dashiell Hammett said that anyone can become adept in a day at pick pocketing, but to be a real grifter one had to be an artist.

I think that’s the appeal. I’ve always been fascinated by people who are skilled. Although I am all thumbs myself, only nimble with words (and then, only on the page) I come a family of people who are good with their hands, who can make things and fix things. My older brother is a carpenter and my younger brother a silversmith.

While I admire the skill of a smooth pickpocket, I have never been desperate enough to really want to try it. I suppose that’s lucky, but I can’t help wondering if I would really ever do it. I found a lot of sympathy for my main character in White Rabbit, Draygo, who runs a fake psychic business to make money after he loses his job.

He’s in a desperate situation, but he’s also got the compelling aspect of history: he learned the fake psychic trade from his aunt who raised him. We find out about his life with Vera in little flashbacks which give us a glimpse of the tricks of the trade, too. The room he uses for his ‘séances’ has been specially adapted, though he’s not always specific about how.

Draygo makes a point of being cynical about ‘putting on a show’ for his clients—incense and candles, florid language, and quite possibly some mechanicals under the table—but the real hidden trick is that he has genuine psychic abilities: he hears and sometimes can even see dead people.

And it’s driving him crazy.

The last thing he needs is one more of them, but as the novel kicks off a big celebrity client arrives with a jangle of jewelry and an entourage. Peaches Dockmuir is the soon-to-be-ex-wife of a media mogul but she’s got a ghost on her mind. Before they can make contact, however, Peaches is gunned down and Draygo looks ready to take the fall.

Desperate moves take desperate measures. Will Draygo finally use the gifts he’s been given? And if he does, will they only make things worse? There’s a reason he’s avoided them so far. When you open up to the dead, they open up to you, too. Maybe faking it is safer.

I don’t know, but I’ll be over here, practicing my three card Monty. Pick a card, any card. Lay down your bets and take a chance.