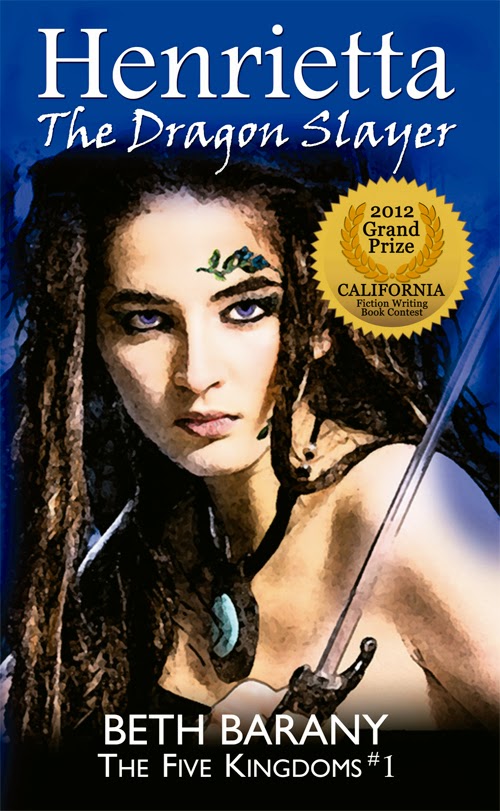 Today's guest, Beth Barany, writes magical tales of romance and adventure to transport readers to new worlds where anything is possible. She's the award-winning author HENRIETTA THE DRAGON SLAYER, a young adult fantasy novel (Book 1 of the Five Kingdom series.) Beth also helps authors create successful careers, via her coaching, consulting, speaking, and online courses. Don't forget to enter the giveaway at the bottom of this post!

Hi Anne, Thanks for having me on your blog! I’m excited to share a little bit about my latest young adult fantasy novel, Henrietta and the Dragon Stone, book 2 in my Five Kingdoms series, and to offer fun prizes! More on the later at the end of this post. 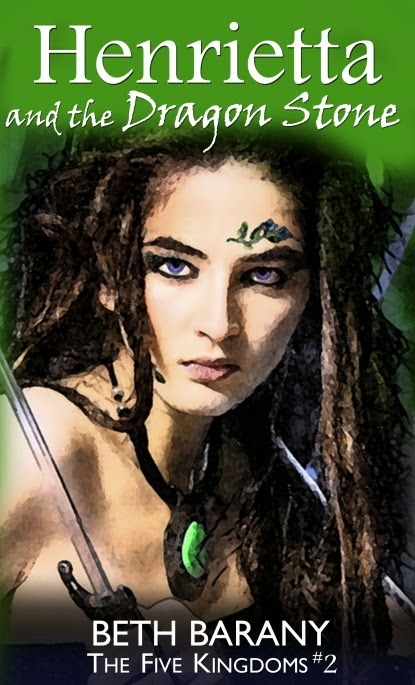 When I wrote Henrietta The Dragon Slayer, book 1 in my Five Kingdoms series, I was inspired to share about the Five Kingdoms world I created through songs, poems, and sayings. I love fairy tales and folktales, so I wanted to add elements that sounded like oral lore, tales handed down from the ages, songs, sayings, and other elements of Henrietta’s life.

I did that by creating made-up poems, songs, and other lore. I put them at the start of every chapter, lending another texture or counterpoint or hint. After I added them, I learned they were called “epigraphs.”

Wikipedia defines them epigraphs well: “In literature, an epigraph is a phrase, quotation, or poem that is set at the beginning of a document or component. The epigraph may serve as a preface, as a summary, as a counter-example, or to link the work to a wider literary canon, either to invite comparison or to enlist a conventional context.” (http://en.wikipedia.org/wiki/Epigraph_(literature))

I created more epigraphs for book 2, Henrietta and the Dragon Stone, and even expanded and excerpted ones I created in book 1. Here are a few of my favorites from that book:

The Dracontias, dra-con-ti-as, emphasis on the second syllable, is the most powerful gem in all the Five Kingdoms, and more powerful than all the other so-called Kingdom Stones. This one and only Dragon Stone unifies the kingdoms and empowers its user. But beware its one fatal flaw.
—from the Fire Wizards Compendium

In and out, Fate weaves her spell
She jumps out and runs from here to hell
All that remains
Is alive and well
So, do hold tight
Do hold fast
Do not let go
Of your heart, dear child
—The Weavers of Yore chant

More about Henrietta and the Dragon Stone (Book 2):

Book 2 in the Five Kingdom series of the continuing adventures of Henrietta The Dragon Slayer.

What if everyone you loved was threatened by a force you couldn't see or fight?